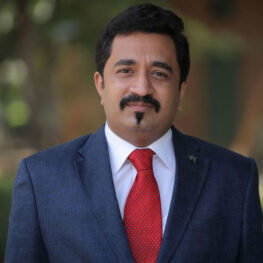 Mr. M. Umer Chaudhry is currently working as Assistant Professor of Physics. He is also serving as the Deputy Chief Proctor (I) since June, 2020.

Mr. Umer has been working at FCC since 2013 after completing his MPhil in Physics from Government College University, Lahore and BSc (Hons) in Physics from FCCU. He has been serving in the following capacities:

Member Departmental Search Committee for 2015 and 2016

Proctor with the Intermediate Proctor Office 2014 to 2017

Proctor with the University Proctor Office 2019-2020